My daughter’s 13th birthday is coming up…soon. Which means I’ll be the mom of a teenager (a fact worthy of its own blog post) but it also means I’m supposed to be planning an epic birthday party. The thing is, she already planned it. And what struck me as I read through her extensive, all-day, very detailed plan, was her request for dinner: Great-Grandma’s Spaghetti and Meatballs. 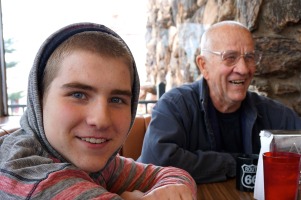 Psalm 145:4 tells of a different kind of thing getting passed from one generation to another. “One generation commends His works to another; they tell of His mighty acts.”

Testimonies of faith, passed from one generation to the next, through stories, through conversation, through example.

The thing about the recipe that my grandmother passed to me is that it took time. She couldn’t just write it down, because frankly, some of the steps included eyeballing spices in the palm of her hand or taste-testing at certain times to make sure the ingredients were blending.

It took a relationship.

And when I make that particular dish, I can still hear her voice in my head telling me to “stir that gently or you’ll break up the meatballs” or to “cut that smaller; you don’t want a mouthful of garlic!” I can also hear her singing. I can remember stories she told me. I can feel her hugs. She passed a whole lot more than just a recipe to me. She passed on a lifetime of stories and of love.

Generational discipleship is about more than just passing on testimonies of faith.

Yes, those things are the reason for the conversation. But in telling the stories, we are also passing on and receiving a lot more. Relationships are forged. Time is spent. Love is modeled. Laughter ensues. Hugs are given.

We find out who we are as we pass on and receive the stories of hope and grace that have forged our identities.

A fellow seminarian was so curious about this “passing on” of the faith from one generation to another, especially from grandparents to grandchildren, that he is actually using this as the foundation of his Master’s thesis.  As we talked, I realized I wanted to be a part of finding out what this looks like. Why? Because I know how important my grandparents were in shaping me and I want grandparents and older generations to know just how much of an impact they have on children and youth.

If you’d like to be a part of this research, I invite you to read the information below sent by my friend Matthew Deprez. If you want to be a part of shaping the lives of the next generation, in addition to taking the survey, I invite you to build a relationship with a grandchild or other young person as you pass on your favorite recipe or show them the perfect golf stroke.

In other words, use what you have to pass on as a vessel to pass on a whole lot more. Forge relationships and mold identities by doing just as we’ve been commissioned, by commending His works to the next generation and telling of His mighty acts!

From my friend, Matthew Deprez

As part of a Capstone/Thesis project I am working on through Wesley Seminary, I am hoping to identify how grandparents shape the faith formation of their grandchildren. After a lengthy Literature Review that has taken over a year to complete, we are finally ready to begin our first wave of unique research that will be conducted through a brief study, which you can access here: https://www.surveymonkey.com/r/grandparentstudy.
I’ll be collecting these responses no later than August 25th and anticipate this survey only taking between 5 – 10 minutes to complete. As a way of saying thank you for your time, I will be randomly giving away a $50 Amazon gift card to an individual who completes the survey. (Details in the survey link).
Thank you for your willingness to be part of this exciting study. My desire is to expand our understanding of the grandparent-grandchild relationship for the sake of future generation’s faith formation, and ultimately Kingdom-building that extends well beyond this academic project. 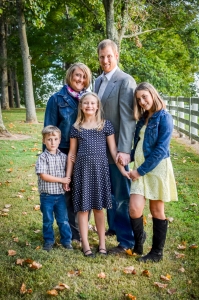 Christina Embree is wife to Pastor Luke, mom to three wonderful kids, and family minister at Nicholasville UMC. She is passionate about seeing churches partnering with families to encourage faith formation at home and equipping parents to disciple their kids in the faith. Currently studying Family, Youth and Children’s Ministry at Wesley Seminary, she also blogs at www.refocusministry.org and is a contributing blogger at D6 Family,  Seedbed, and ChildrensMinistryBlog.com

One thought on “Gifts Grandparents Give”